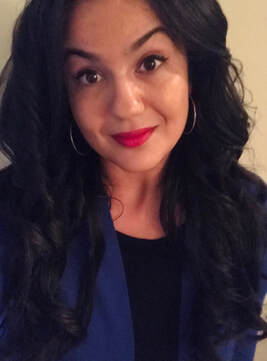 Siham Bouamer is currently an Assistant Professor of Global French at the University of Cincinnati. She received her PhD in French and a certificate in Women and Gender studies at Washington University in St. Louis. At SHSU, she has taught a variety of culture, film, language, and literature courses. Topics include immigration, Black Lives Matter, Islamophobia, #MeToo, and Global Migration. Her research focuses on transnational movements from/to the Maghreb in 20th- and 21st-century film and literature and pedagogy in textbooks. She is currently working on a monograph on French women's travel writing on Morocco during the protectorate. Part of this research has appeared in several journals. She has also published work on contemporary writers and filmmakers such as Leïla Sebbar, Yamina Benguigi, and Abdellah Taïa. She has recently co-edited two volumes titled Abdellah Taïa's Queer Migrations: Non-places, Affect, and Temporalities (Lexington Books, 2021) and Diversity and Decolonization in French Studies (Palgrave, 2022). A third one, focusing on the representation of women at work is forthcoming (2022)  with University of Wales Press.
Loic Bourdeau, PhD 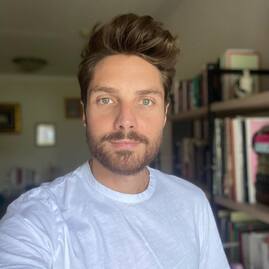 Loic Bourdeau (he/him/his) is College of Liberal Arts Board of Regents Endowed Associate Professor of French and Francophone Studies at the University of Louisiana at Lafayette. He received a PhD in French with a Designated Emphasis in Feminist Research and Theory at the University of California, Davis. He works on 20th- and 21st-century French and Quebec literature and cinema, with special interests in women’s, gender and sexuality, queer studies, and care studies. In addition to several articles and book chapters on Anne Hébert, Michel Tremblay, Xavier Dolan, and Édouard Louis, he has edited Horrible Mothers. Representations across Francophone North America (UNP, 2019) and ReFocus: The Films of François Ozon (Edinburgh University Press, 2021). He has served as Associate Editor of Études Francophones for three years and is now Series Editor for New Directions in Francophone Studies: Diversity, Decolonization, Queerness (EUP). Diversity, inclusion, and equity are at the heart of his practice, as a scholar, teacher, and member of the profession.
Steering Committee Members
Cecilia Benaglia, PhD 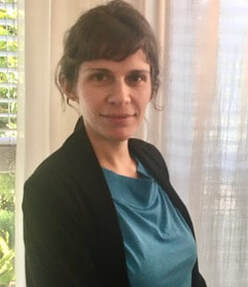 Cecilia Benaglia (pronouns she/her/hers) is an Assistant Professor of French and Italian in the European Studies Department at San Diego State University, and she received her PhD from the Johns Hopkins University in 2017. Benaglia’s research interests include 20th-century French, Francophone and Italian literature, translation and multilingualism studies, cultural transfer studies, sociology of literature and women’s and gender studies. At SDSU, she teaches courses on topics such as multilingualism and translation in the Francophone world, travel writing and migration in the 20th century, and translating Italy/Italy in translation.
Hasheem Hakeem, PhD 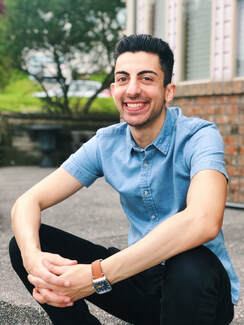 Hasheem Hakeem (he/him) is currently an Instructor of French in the School of Languages, Linguistics, Literatures and Cultures at the University of Calgary. He teaches a variety of undergraduate language classes, including introductory and intermediate French, French writing, and French grammar. Hakeem's primary area of research focuses on queer pedagogical approaches to French language teaching, but he is more broadly interested in social justice education, cultural studies, queer theory, and critical discourse analysis. For his dissertation, he conducted a qualitative case study of French Immersion high school students’ perceptions of sexual and gender diversity in French and Francophone literature, film, and visual media, with the goal of better equipping teachers to critically address these issues in the classroom.
Gemma King, PhD 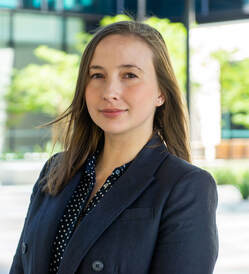 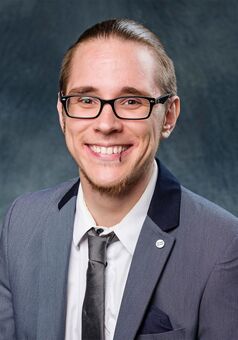 Kris Aric Knisely (Ph.D., Emory University) is an Assistant Professor of French and Intercultural Competence as well as affiliated faculty in both SLAT and TSRC at the University of Arizona. In this role, Knisely regularly teaches courses that engage with the ways in which myriad language varieties and cultures come together, across various time frames and geographic contexts, to create affordances and constraints on how individuals and groups position both themselves and one another. Knisely's research broadly considers gender and sexuality in language teaching and learning and, in its most specific form, focuses on the linguistic and cultural practices of trans and non-binary speakers of French, particularly as they can inform the articulation of trans-affirming L2 pedagogies.Dr. Knisely’s work has appeared in a variety of edited volumes and journals including Contemporary French Civilization, Foreign Language Annals, The French Review, Gender and Language, Journal of Applied Measurement, and Pensamiento Educativo, among others. 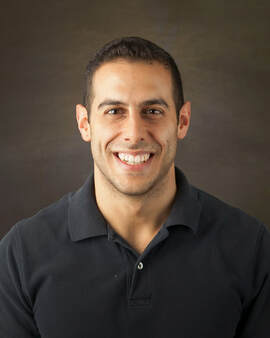 Daniel Maroun is Director of Undergraduate Studies at the University of Illinois where he teaches and advises a wide cohort of students. His research is informed by intersection of gender and sexuality within Francophone communities primarily in North Africa and the Levant.  His second axe of research looks at the evolution of subjectivity and disease depiction in HIV/AIDS narratives of French. He is passionate about undergraduate curriculum, student outcomes, and inclusive education.  ​
Marda Messay, PhD 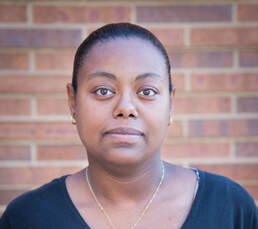 Dr. Marda Messay is an Assistant Professor of French at Simmons University in Boston, Massachusetts. She teaches various courses at Simmons University, ranging from Beginning French to Francophone Literature. Her research focuses on contemporary sub-Saharan trauma narratives. Her work has been published in International Journal of Francophone studies and Women in French Studies.
Robin Turner 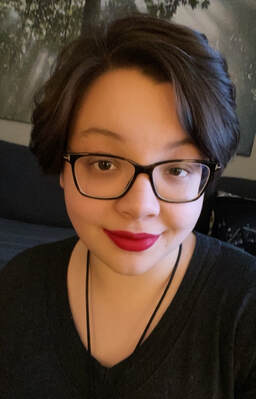 Robin Turner is a Ph.D. student in French Linguistics at the University of Illinois at Urbana-Champaign where she has been a teaching assistant and coordinator of elementary French classes in the Department of French and Italian. Her dissertational research examines the relationship between gender and sexual identities, multilingualism, and community organization. She also co-hosts the GradLings Podcast, a program dedicated to the promotion of graduate students working in all branches of linguistics.